It has been said that I am obsessing too much on the phrasing of this blog (which I dispute, because I actually sometimes often heed the following): a blog is a "weblog," meaning it's a diary and that timeliness is supreme to correct spelling, good grammar, proper references, accurate quotes and other structural prissiness. It is "of-the-moment." In fact, the "best" kind of blog is about other blogs! How much more of-the-moment can you get?

I am following Beattie's Book Blog and as we look to the Christmas season with visions of snowflakes and mittens, within this last 24 hours he had published a notice of the launch of a new barbecue cookbook, great for the summer to come. That brought home to me quite quickly that Graham Beattie is a New Zealander, although it is through his blog that I discover news of an independent bookstore in Massachusetts closing. Not to say that I wouldn't have found the news elsewhere, but this is simply affirmation that blogs do have meaning.

Further on logs of the diary kind, I recall vividly a tidbit of writing in a textbook we used when I took a high school notehand (simple form of shorthand) class (taught by the oh, so beautiful, poised and graceful Mrs Jackson, wife of then Mets coach ... (you see, in proper writing, at this point, one would need to recall and then, confirm through research what the coach's name is,* etc, etc, but then, the momentum of this blog dissipates, etc, etc, so thus, the ellipses ...)). For teaching such skills as typing, dictation-taking, court reporting and shorthand, the textbook has specific passages for the students' practice and testing. One such passage talked of the First Mate of a ship docked at port who had gone ashore and returned drunk. The captain, who had stayed aboard on watch, noted in the ship's log, "The First Mate was drunk tonight." The First Mate wanted the comment struck as his drunkenness was a very unusual occasion and did not warrant note in the ship's log while the Captain argued that truth is truth. The passage continues and ends with the following: "The following night, it was the First Mate's turn to keep watch and he noted in the ship's log, 'The Captain was sober tonight."

Meant to be merely wryly humorous to teens, I'm sure, man, at aged fifteen, to me, this was deep stuff. And, now at aged 50, it continues to teach me that while truth is truth, we should stay wary of interpretation, perception and definition as they are much more malleable, mischievous and misused, thus much more powerful and much more dangerous than mere truth. Today, this is called "framing the argument."

*I abhor the almost daily discovery of the lack of research and confirmation or the use of the internet as the sole source for research and confirmation in today's (published) writings. It is my suspicion that James Frey in writing A Million Little Pieces was merely being lazy rather than lying or stretching the truth. One also must remember that much goes on the truism that one can be sincere but not telling the truth. He probably wrote as he remembered the incidences to be. He might have so believed the exaggerated version of events in his mind that they became to him what really happened. So, he might have been writing sincerely if not truthfully. Where are good editors when you need them? Established publishers must search their collective soul, decide what their role in the future of the written word is and then, get a good public relations firm, so that people will believe there's a reason for their existence and justification for the mark-up on books.

This morning, I heard a little bit of NPR's "Speaking of Faith" before coming into the store. Today's program was on Abraham Joshua Heschel, who "prayed with his feet" by actively fighting against injustices and keeping religion relevant in the modern world. There were some resonant quotes (to the best of my recollection without further researched confirmation), which I would like to share: "The opposite of good is not evil, but indifference." and "In a democracy, a few are guilty but everyone is responsible." I would not qualify the society as a necessarily a democracy, but any kind of group or relationship, everyone is responsible, whether he takes the responsibility or not. If he does not, he should not be identify with the group, whether he says, "I am American," or "My name is __[personal]____ __[family]_____ ." There was also a quote/discussion too long and articulate for me to botch up here, about how religion should stop blaming science as an attack on religion and the reason why so many people question the existence of God and relevance of religion, but should look to itself and how it is presented in today's world ("today" being in the 1960s and 1970s, but still resonates today). 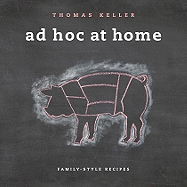