It takes a certain reader to appreciate Tim Dorsey's Sergio A. Storms and his best bud Coleman.  It needs be a real hate-love relationship with a figurative fugitive from a Rand Corporation observation tank, who gets really sexually excited by women who can tell him who each USA president's vice president was, has a relentless sense of justice and practices a naively twisted sense of how to even the books.

In Gator a-go-go, Serge shows his love and knowledge for his home state and certainly wants to keep it safe for Spring Break visitors who pour into Florida each year.  And why should out-of-state college students be the only ones to enjoy Spring Break?  Serge and Coleman go on the ultimate Floridian Spring Break road trip from Fort Myers to Tampa to Palm Beach to Miami to Bird Creek to Orlando, but keep circling back to Panama City Beach.  The story bounces also from "Fifteen Years Ago" to "The Present," strewing dead bodies and building up tension all the while.  And alcohol-soaked, drug-driven and junk-food-fueled Coleman is not just along for the ride, but is necessary to witness Serge's delight in finding the most elaborately fatal Rube Goldberg set-ups as part of his dispensing of justice.  A friend of Serge could trust Serge with his life, but be sure always to be on Serge's side of the fight. The reader gets drawn into the non-stop violence with a sense of fascination.

This personal phenomenon of me as fascinated reader (which others might share) reminds me of the time I dragged a certain someone to the Art Institute of Chicago one Sunday afternoon to see The Bride with White Hair, which I had called a "classic" and Larry had described afterwards as "a Texas Chainsaw Massacre with sub-titles." The film was full of blood, gore and an accepted lifestyle of violence.  It didn't faze me one bit, I who would not even consider going to any slasher or horror film featuring chainsaws, knives, swords, axes, broken bottles or baseball bats.  There is a certain fitting relentlessness of plot fueling action and action fueling plot which just seemed to make sense. 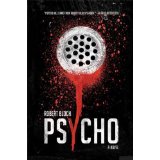 Contrast that to when persuaded to view Alfred Hitchcock's Psycho (which was based on the book of the same title by Robert Bloch -- now out of print, so we have one copy left to sell you), I had to steel myself to watch the famous shower scene, even while my roommate had said it reminded her of a Dial Soap commercial.

So, when I analyse how easily I read every word of this book, I would have to say it's because Sergio (and Tim Dorsey) made it all so mesmerizingly academic.  Again, there is a plot fueling action and action fueling plot, even as one attempts to make sense of the plot, because Dorsey (and Serge) don't like to give that away.  That may not be what one would like to hear when looking for a fun Spring Break book, but entertaining and enlightening work for fans.  You too could become one.

P.S.  Given how good this book is (as well as other Dorsey/Serge books like Atomic Lobster), I was highly disappointed in the immediate sequel Electric Barracuda. It is literally "immediate," as the timeframe for Electric Barracuda is almost immediately after Gator a-go-go and references the previous events (revealing to us if not to Serge and Coleman that they are on the lam). The sequel has the same elements of Floridian history (trivial or otherwise), friends in all places and elaborately or at least cunningly devised killings while Serge and Coleman lead law enforcement and others on a wild chase down to the very tip of the State of Florida. However, this sequel, echoing most sequels of the world, is but a shadow of the clever, crisp writing and spirals into the ridiculous.