Who Aspires to Be a Writer?

My quote: "The only aspiring writer is one who has yet to put pen to paper."

This of course is dated, now, since most writers, even the youngest of us, go straight to keyboard and electronic screen.

I used to hear and see this a lot: "I am/he or she or it is an aspiring writer." or "I want/he or she or it wants to be a writer." So, write. What's stopping you?
(Apologies to those like Helen Keller who needed more than pen & paper, but even she would probably be on my side today, what with not only keyboards but voice-recognition software and artificial intelligence available)

at Julie Powell was before her blog was an aspiring published writer, or a writer aspiring to be published. And, since there's an electronic button on the bottom of a blog post screen that says "PUBLISH," her status as a(n adult, post-college, unpublished) writer changed right away.

The distinction of becoming even a published writer blurred when self-publishing mechanisms became less arduous and costly (than say, in the centuries previous to this one) and anyone with some own money or backing can get his (or her or its -- This is the last time I am making this concession. I am old-fashioned and will now revert to using the male as universal pronoun. Do I ask forgiveness? No.) book "published," meaning printed and bound. With the internet, one does not even need that much money to become a published writer. Any blogger, commentator or contributor to a open website seeking to showcase writers who hits "PUBLISH" or "SEND" or "SUBMIT" or "POST" or "UPLOAD" or "SHARE NOW" (any other synonyms for online publishing out there?) can get his writing published. I think most people understand this today. They also place a lesser value for being a writer now.

Then, the issue becomes recognition or being read.

In the printed world, that meant being accepted for publication by a known and established publisher who will print (and bind, if it were a book versus a magazine or newspaper article) what you wrote. That, of course, was the first step. Then, critical acclaim was the next step. Popularity in the form of sales -- both in volume and in duration -- was great (and even surpassed a good review -- "It got good reviews" became the high-brow response or consolation prize to relative obscurity).

Atop all this, being published has become a competitive sport. Not only should he get published, recognized and read, and we need to know not only how long his writing has been on the bestsellers' list, but also what rank on that list. Bloggers need to be able to point to how many followers they have, just like newspapers have circulation numbers and syndicated columnists have number of newspapers which carry their writing. And, I just thought of academia -- publish or perish! Gee, it's not a sport; it's a reality show!

Getting it made into a movie, I believe, still ranks fairly high on the recognition scale. This also can translate into more book sales. Silly Carolyn didn't believe that we could possibly sell more copies of Harry Potter and the Sorceror's Stone when the film was released. Larry, for one, did believe as we had ordered a pile of them just before the movie came out. And, we did sell more.
Who would have imagined that some reluctant readers would have to wait for a movie industry's endorsement before reading a book that had already been purchased by millions around the world, enchanted several more millions of readers (who shared the book, had it read to them or borrowed it from the library -- all good), excited some unenchanted to scorn, censor, condemn and ban it, and encouraged other writers and publishers to offer readers similar fare or drag out all the classics (remember the "While Waiting for Harry IV" lists of books to read?).

I am also gratified to know that Ken Burns's Civil War series on PBS with commentary by the authoritative-sounding and personable-looking Shelby Foote also encouraged people to try reading at least one of his three-volume set on the subject.

We wish this were true of more of Ken Burns's work. Perhaps readers are exhausted after the first volume. (I have always heard that the third volume is the most exciting read. Perhaps the reason is that the events between Red River and Appomattox were more "exci 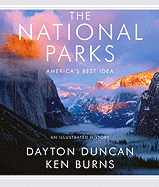 ting.") We promise, the companion book to the U.S. National Parks has a lot less words and more photographs!

On a website, it probably means tracking number of viewers (which we don't). For those with e-books available for free or a small compensation, it means downloads.

Julie Powell, not content to write and be published online, needed to know someone was reading her writing. For a blogger, that means she needed comments and followers. She did eventually get those plus news coverage, the book deal, the movie deal, the next book deal... She can now call herself a writer (after her husband Eric had been reassuring her that she had been a writer for years, according to the movie.)

In short, a writer needs to know someone is reading his work, doesn't he?

Eventually, yes, a writer needs readers, affirmation, recognition, critical acclaim, maybe even a movie (especially a movie if he's writing for that genre, as a lot of writers, aspiring or otherwise, are now doing). I guess it depends on to what he aspires.

With that springboard sentence, let us return to the main discussion here, which is aspiration. What is the definition of "to aspire?" Does one aspire to become popular/famous/known? To sway others to his point of view? To be respected by those he respects? To tell the "truth" as he sees it? To inform? To entertain? To exorcise something within himself? To record events? To boast? To show tangible output/results of work or creative mind? To share a dream? To wrought a means to an end?

Why do I write?

I began my involvement in Toastmasters when Deb Andrews started the group in our first year in graduate management school at Boston College (now called Carroll School of Management), and recall my first speech ("The Icebreaker," because it would be on the easiest subject -- yourself) was called "Confessions of a Third-Rate Hack" to tell the side of myself that my classmates did not know -- I am a writer.

Do you notice by the title of my speech, I didn't aspire to write, not even aspire to publish? I believe I was aspiring to be a better writer than I was. I believe I'm still aspiring to be better. I believe that's why I have now taken more than 6 hours over 9 days to write this entry, which will be published in a self-edited form and maybe be read by someone other than myself (by a surfer or by my 2 followers, one who is my brother John Chin -- long-suffering webmaster and User Experience Professional who encourages me in starting my online vices and then, tangles with us when we don't take the user into account). I think I've actually spent over 9 hours on this draft, but I won't count the time I worked to get the images of Shelby Foote's book covers uploaded correctly (they're still not, right? they look like so many colourful boxes of cereal ready for a taste test with Mikey).

So, Carolyn, stop dilly-dallying -- why do you write? First and foremost, I write to "memorialize" thoughts. I aspire to write better so that I can be proud of my writing, to know that my articulation is as good as it can be given the form and time (akin to buying something based on the best value for the money afforded, I am writing the best quality in the current circumstances).

The goal -- the ultimate aspiration -- is to write what I would most want to read -- well-researched, well-imagined, well-plotted use of resources, including time, energy and thought to create a tangible, legible result bigger than simply groups of words that fit together, an experience to be harnessed, cherished, and referenced again and again. Eventually, I might aspire to obtaining readers, affirmation, recognition, critical acclaim, and maybe even a movie, but not right now. I'll need to increase my value, first.

Wow! Too many "I's" makes the blog narcissistic! Better stop before I have to change the number of hours I have spent on this draft post. PUBLISH!

Excellent Article, I just read and shared it to my friends as it is very useful for everyone. I will learn a lot of new stuff right from this article. You can check our services of