Found at the Renewable Energy Fair

Previously, I had written tons on what I found at the Renewable Energy Fair at Ogle County Fair Grounds in Oregon, IL, 2010 being its ninth year. This year could be the same, except so many issues are vying for space on the wetware -- my brain, that is, not to mention that scarce American resource called Time.

To mention some fellow exhibitors, which I have not done previously, either because there was too much going on or they were new this year: 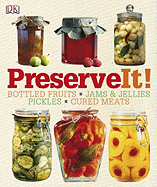 It is an expensive proposition to attend the Renewable Energy Fair, so I am glad to see so many who are serious about the subject, which has expanded to include utilizing principles of permaculture in gardening, canning garden vegetables and raising chickens.  While we do bring in books especially for this fair, we had a host of titles that sold well, which we carry in-store.