How Can You Stand It? 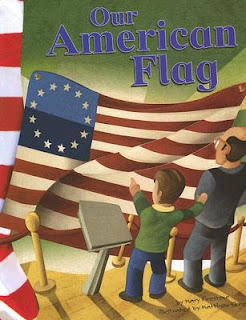 Unless you have had your head in the sand or you, Dear Reader, are from another country who does not care about what President Trump says, you would know that there has been hoopla for awhile regarding kneeling during the playing of the National Anthem at the start of professional American football games.  This was started by former San Francisco 49ers quarterback Colin Kaepernick,  triggering a firestorm in 2016 when he decided to kneel during the national anthem to protest racial injustice.

The first question to ask, of course, is when did we start standing for the playing of the "Star-Spangled Banner," which hadn't even become our national anthem until the 20th century (and that designation is still in dispute -- recall singing, "America" on elementary school mornings, considering "America the Beautiful" as a kind of change-of-pace national anthem, and hearing Kate Smith and her rendition of "God Bless America" coming from somewhere near her large intestine starting NHL professional hockey games in my lifetime)?

Of course, since we now have the internet, research has become so much easier to do, if not as definitive and perhaps lacking in authoritative veracity.  So, I "googled" the question, which resulted in two interesting items: One is from Digital Polarization Initiative (DigiPo), which, coincidentally talk about research ..., is an interesting project for students to "investigate questions of truth and authority on the web and publish their results."  I like how there are snipits of primary sources, like from the New York Times in 1918 as well as a reaching out to the NFL for confirmation.  Check it out.

The DigiPo article tells us through quoting a 1917 biography of Senator Julius C Burrows that the first time standing for the "Star-Spangled Banner" was at a West Point graduation in 1891 after being "implored" to do so by the Senator Burrows in his speech for everyone -- soldier or citizen -- to stand for the "National air."  At the end of the DigiPo article, an NFL spokesman had confirmed that the National Football League began the "practice" of standing for the playing of the "Star Spangled Banner" in 2009.  2009 -- less than a decade ago.


Personally, (I don't know when, but) I began standing for the National Anthem -- any national anthem -- when I hear it being played.  I get quite annoyed when an item on NPR starts playing a snippet of "Star Spangled Banner" or some other country's national anthem when I least expect it and when I am driving in a car.  I end up having to turn the radio off, so I don't hear the music/song, pretending it's not being played so I don't have to stand up in the car for a few seconds and cause an accident.  I hear it sometimes half awake while listening to NPR in the morning and then, I have to roll out of bed (literally) and land on my feet to stand up, sometimes giving myself a charleyhorse.  Thankfully, a recent item on NPR played only a few ending bars of "Star Spangled Banner" before launching into how fans felt about the players kneeling and the League's decision to impose a rule stating that players must be present and standing on the sidelines when the anthem plays. I was able to pretend I wasn't awake for the playing of the anthem. Yay, for black military vet fan Perry Bellinger who acknowledges the players' right to protest and stands still when he hears the anthem playing, including in the parking lot of the football stadium where he could hear the "Star Spangled Banner" playing.  He criticized all those "patriotic" hypocrites in the parking lot, late for the game, who did not stand still, and I raise that point, too.  He didn't mention whether they had their fingers intheir ears, but maybe they were, in order not to hear the National Anthem playing, so they could pretend and not stand up, stand still, whatever one does to show honor to a flag.

To a flag, people, not even showing honor and loyalty to a concept or a country, but to a consumable (meaning perishable, not permanent) symbol of our Constitution and our great traditions of freedom, democracy, equal representation and justice.  Look at our President Trump, tweeting about how "unpatriotic" these protestors are when he is the one ignoring the Constitution, putting himself above the law and probably making all of our forefathers spin in their graves. 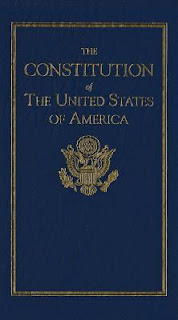 None of this is new -- the injustice, the protest, the not-standing for the "Star Spangled Banner."  And, maybe that's the sorrow of it.  How can we tolerate this?

Email ThisBlogThis!Share to TwitterShare to FacebookShare to Pinterest
Labels: NPR

Since then, we must express that you will never be any man who has to wait for men, among the priests and knowing the power of himself, from your point of view to how to make a website like Yelp