There is a lot of talk about George H.W. Bush's legacy as a public servant. He was certainly versatile: fighter pilot, head of the CIA, Ambassador to the United Nations, Ambassador to People's Republic of China, Vice President, before becoming President.  I believe hearing once when he finished as President, he had 5 pension checks besides Social Security or maybe including Social Security.  It was said that winning that election was important, as he had never been elected on his own to public office before.

I recall when Reagan was elected President, I and Kathryn Bing-You who lived just down the hall, hosted an End of the World Party.  The next year, I was in Beijing and had hoped to go to a reception in which Vice President Bush was doing a homecoming of sorts, visiting China where he had been Ambassador not too many years previous.  The connection I had -- a fellow American student at Beijing Language Institute (now Beijing Language College) preferred to spend the time in her connection's (some guy who worked at the embassy) apartment taking a bath.

He was considered to be more of a foreign policy President and lost the bid for a second term due to breaking the "Read My Lips; No New Taxes" promise from the first campaign.  I personally do not agree that this promise was broken. There were no new taxes. He simply agreed to a budget that involved increases in the rates of existing taxes. 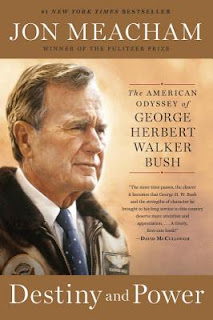 Of course sharing is covered here, and all the information so that really is about the important point, like the Scripture. App development service