Judging a Book by Its Title

When Books on First first opened in October 1998, the very popular books were "Chicken Soup for the ________ [Soul]" and "____________ for Dummies" titles.  Carolyn & Larry would have telephone conversations which started with, "Do you have 'Chicken Soup for Dummies'?"  At least, though, they were legitimate series.  But, as in anything in today's world of series and sequels and brand recognition, the key has become to latch on to the trending key word and ride them coattails to success.

For awhile, there was the "Girl" effect.  Because of the wild success of Gone Girl and Girl on the Train (and even, The Girl with the Dragon Tattoo), every subsequently published book -- if at all possible -- had to have the word "Girl" in the title.  Never mind that the book is about WOMEN.  I don't know; perhaps calling women "girls" now constitutes the ultimate feminist power: We don't care if we're called "girls," we are simply all about trying to empower girls and educating boys about really smart females and there is nothing demeaning about calling a woman "girl." 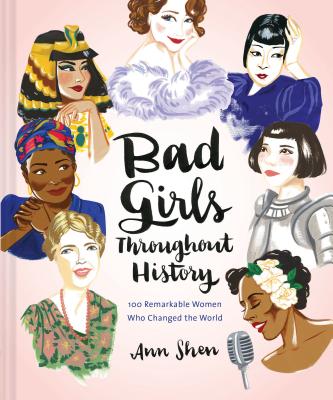 And now, for the really juicy stuff: Hidden/Secret Lives.  Smut has always been appreciated (e.g., Jackie, Janet & Lee: The Secret Lives of Janet Auchincloss and Her Daughters, Jacqueline Kennedy Onassis and Lee Radziwill or Secret Lives of the Tsars: Three Centuries of Autocracy, Debauchery, Betrayal, Murder, and Madness from Romanov Russia, but ever since The Hidden Life of Trees, which was commercially successful beyond (a safe bet) anyone's wildest dreams, publishers figure that the way to make something sound interesting is to have the title seem like a revelation of previously undisclosed but vital information.  The great result about this is more potential readers are exposed to heretofore unwidely known facts.

Currently, The Secret Lives of Color is fascinating dozens of our patrons, including myself.  This makes a great reference book, bedside book for self or guests, bathroom book and even travel book (if you don't mind a hardcover).  It's a beautiful book full of colour(!) that must have cost a ton of coins to print properly.  Each entry doesn't take much commitment and is so chock full of historical trivia that it can be read once or several times and provides good jumping off points for online searches of plant images, effects of poisons and biographies of well known or lesser known artists, just to name a few interesting items.

By the way, for those who follow Larry's recommendations, he read The Hidden Life of Trees to see what all the fuss was about and loved it.